Medical Evidence on Wiping Your Bum

I recently became a contributing medical expert for the lifestyle website Lifehacker.com. My input was used on a recent article about what evidence there is on wiping your rear. Below is a more in depth, referenced look at the subject:

Medical Evidence on Wiping Your Bum 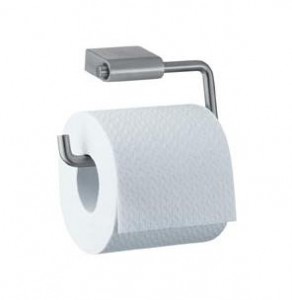 All of us do it: using your anus is (almost) as inevitable as dying. However, not all of us clean our rears in the same manner. The question is: have the billions spent on medical research found the healthiest way to wipe our bum?

And the short answer is… No. Not really. The long answer is that, obviously, there is not much money for research into butt wiping. All the studies quoted below share one thing in common: they are small, and thus not very reliable.

What evidence we do have shows that the paper you use can make a difference, with some people having reactions to moist wipes1, and recycled paper proving more irritant to those already with skin irritation around the anus2. There is no evidence that wiping causes haemorrhoids, although abrasive paper can make them worse3.

One well known claim is that wiping from front-to-back rather than back-to-front is healthier, especially in women, as it stops germ laden poo going into the cleaner urinary tract and causing a Urinary Tract Infection (UTI). It makes sense, but the scientific research is pretty patchy. If we look over the last decade, there were three key studies specifically commenting on wiping

Finally, an honourable mention for one researcher, who has selflessly experimented with various alternatives for wiping, including dried corncob, rocks, newspaper, leaves and vinegar on a sponge11. Whilst his experimental methods leave much to be desired, it’s an entertaining read!

In conclusion: eat a diet high in fibre, then poo in a squatting position, and finish up by wiping front to back with soft, non moist, non recycled toilet paper. Or don’t, and you’ll probably still be fine.

4 Responses to Medical Evidence on Wiping Your Bum