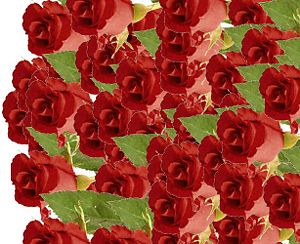 In America, where people are stupid, some people refer to cystic fibrosis as "65 roses", because its easier for kids to say. However, just to screw with you, there are not quite 65 roses in the picture above. Scary, isn't it?!

An autosomal recessive inherited illness. It basically makes all the exocrine glands screw up, thus causing problems in the lungs, liver, pancreas and intestines.

Its complex. Simple version; the ion transporters in the exocrine cells don't work properly. This means the excretions end up super concentrated, becoming thick and gooey. As you might suspect, this might have some impact on various body organs:

Since this is an inherited condition, the only risk is family history, and specifically; if both of your parents are carriers of the CFTR gene, then you will get it. Parents can thus screen themselves before pregnancy to see if there is a risk for their children.

For diagnostics, they use the sweat test - as it comes from an exocrine gland, the sweat is mega concentrated in sodium, chlorine and other ions, and this shows up in testing.

There is also the IRT test - Immunoreactive Trypsinogen. This is done on neonates, and is used to screen. Basically, if its high they are more likely to have CF, so you do another test...

It generally means early death. Basically, either the pneumonias get you, or the lung scaring gets you. Survive through that, and you have pancreatitis, and liver failure to deal with. Get through that, and you just need to fight a troll, and solve world hunger. Average life expectancy is hard to estimate. In the worse affected cases, babies can dies of meconius ileus, then you get mild cases living to 60. Median survival, for a baby born now, is around 40ish.