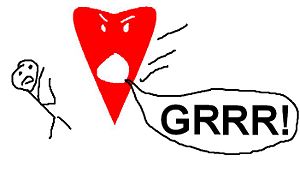 A man suffering from a "heart attack". If he had stopped smoking, his chances of this happening would have been considerably lower.

A set of symptoms and signs compatible with ischaemic heart disease.

Why don't we just call it a heart attack?

The problem is that the features that are typical of a myocardial infarction (MI) - colloquially known as a heart attack - aren't necessarily an MI. Essentially it's classified as the following:

Everyone of these conditions can potentially present with similar clinical features. They are only differentiated through further testing.

Coronary heart disease is responsible for 15% of deaths in the UK. It's a big killer which is why it's important to know about. It's basically as important as cancer.

Over time, everybody builds up atherosclerosis in their veins. The atherosclerotic plaques rupture forming clots. These occlude the coronary arteries, stopping blood flow causing ischaemia and, if blocked for long enough, infarction. In angina only ischaemia occurs. In NSTEMIs, the vessel is not completely blocked but some heart muscle still dies.

30% of MIs are "silent" i.e. they are asymptomatic. These are more common in diabetes and elderly patients. 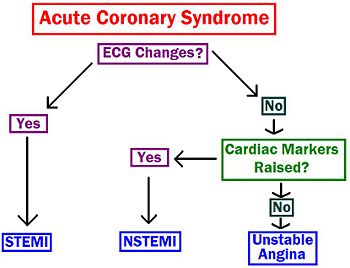 There are two things you need to do with acute coronary syndrome: ECG and cardiac markers.

This is used to differentiate between a NSTEMI and a STEMI. Where there is ST elevation, with ACS symptoms, a STEMI can be diagnosed.

In NSTEMIs, you can get ST depression and T wave inversion. (ST depression may also occur in a site opposite to that of the infarct.)

These decide between MI and unstable angina. There are two types:

These are to rule out rare causes of chest pain and ACS-like symptoms. Bloods:

In l'hopital (that's French, you know), there's a whole bunch of drugs you need to give them. Antiplatelet therapy in the form of clopidogrel for at least 4 weeks after a STEMI. Beta blockers and ACE inhibitors are both shown to also be beneficial post-MI. Heparin should be given to all patients subcutaneously; in some case it is given IV, usually with alteplase thrombolysis (not streptokinase) and before primary angioplasty. 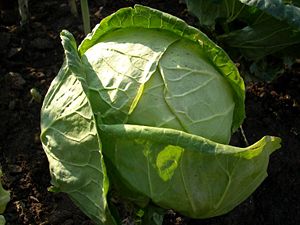 This cabbage would not be an effective treatment in either acute management or secondary prevention or MIs.

There are two types: PCI and CABG (pronounced cabbage - seriously).

Nowawdays, thrombolysis is less commonly done, PCI being the usual treatment. However, here's some details in case.

Thrombolysis is the use of drugs to break down clots (aka clot-busting). However, it's use limited as there is a specific timeframe for its administration. The main drugs are streptokinase, alteplase (given IV), reteplase and tenecteplase (given as rapid bolus injections). Streptokinase is the most common. The indications are: