MedRevise has a basic philosophy. All these points are equally important, so read them all:

We want to help medical students gain a decent knowledge of all medical topics, to be able to practice as doctors. Its a pretty obvious one really. We want to fill out the menu on the left, so no one can ever go on a placement and be lost at sea.

Too often, medicine uses extra long words for no reason; why use superior really? You could just say upper. You know when you don't get something, and you ask a mate, and they explain it in a conversational way, and then you understand it? That's what we go for. 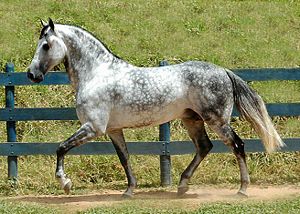 A sense of humour is important in medicine, especially if you are feeling a little hoarse.

Everyone can get involved

This is a wiki, which means, like Wikipedia, anyone can contribute. That way it will progress faster, and we find that writing notes helps to put knowledge in your head. Plus it means people can sort out any mistakes we make.

A sense of humour

If you enjoy learning, you will remember it more. Rewording the alcohol screening tool as a chutney abuse screening tool is silly, but when asking a friend "How often during the last year have you found that you were not able to stop eating chutney once you started?" will stick in your head. It's for this reason also that there is a picture of an unnecessary horse.

We are aiming for a good pass grade of knowledge, not a major A**** distinction. MedRevise is not trying to be Wikipedia! We only want essential information, that is relevant clinically: eg.

Depression and therefore SSRI action is not fully understood. There are a variety of theories on the neurophysiology of depression but one is that there's a lack of stimulation of neurons at the synapse. Serotonin is a neurotransmitter and SSRIs inhibit serotonin reuptake in the synaptic cleft, increasing stimulation of the post-synaptic neuron.

Recent studies show pro-inflammatory cytokine processes take place during depression, mania and bipolar disorder, in addition to somatic disease (such as autoimmune hypersensitivity) and is possible that symptoms manifest in these psychiatric illnesses are being attenuated by pharmacological effect of antidepressants on the immune system.