Miss M is a 30 year old single lady who lives alone. She works as a secretary. She has a history of thyrotoxicosis for which she takes carbimazole. She was admitted to an acute psychiatric ward after being found singing loudly in a neighbour’s garden dressed only in her nightclothes.

Her neighbours reported that she had not been herself since breaking up with her boyfriend two weeks ago. She had become verbally aggressive and started asking them to join her plan to save the world. She had also started playing loud music during the night which had led to a visit by the police.

She was admitted to a psychiatric unit 2 years ago following an overdose of an antidepressant. She was seen by a psychiatrist in the community 10 months ago when she was reported to be “very happy and overfamiliar with strangers in the street.” She was prescribed lithium but did not take it regularly.

During the psychiatric interview on this occasion, her speech was rapid and difficult to follow. She referred to being God and her need to save the world. She would often break into song or laughter in mid-sentence. On the ward, Miss M was sexually disinhibited, asking other patients to sleep with her and became angry when they refused.

She denied any substance misuse. The urine screen was negative. Her mother, who committed suicide when Miss M was 15 years old, according to her father, experienced similar problems to Miss M in her life.

Describe the symptoms and signs of mania

Basically, mania is elevated mood. See the Mental State Examination on the right for more information.

Describe the symptoms and signs of depression

Understand the difference between bipolar affective disorder and unipolar depression

Unipolar depression is exactly the same as depression. It just allows perspective on the idea that bipolar and depression are linked. 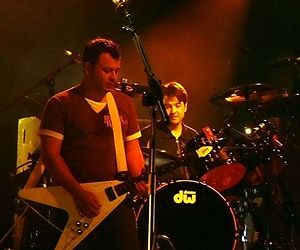 Understand the management of acute mania and bipolar affective disorder

Mania IS the state experience in bipolar episodes of elevated mood. So management for both is:

Know how to screen for depressive symptoms

Use screening tools (PHQ-9 or HADS) to assess this. Without a screening tool, just use a question for each symptom on the symptom list: ie. Guilt, "Have you had had any feelings of guilt recently?"

See the suicide risk page for more information on that one. The basics are below: