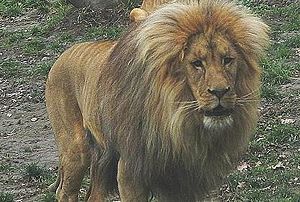 Getting swiped in the pleura by this animal can cause a haemothorax. But it's unlikely.

Largely this is covered by the ENT doctors. Hence, there's not actually a great deal in this bit. Laryngitis is important to know about, as are any other infections. The most serious is condition is upper respiratory tract cancer.

Again lower respiratory tract infection is a biggie and it can result in pneumonia or an empyema. In terms of more obstructive problems, the important ones are asthma and COPD - often referred to as bronchitis or emphysema.

Bronchiectasis and fibrosing alveolitis are two weird lung conditions that both cause clubbing, and finally, occupational lung disease doesn't really fit in anywhere else. I've decided to put it here. Good for me.

There are loads of conditions ending in -thorax where bad stuff gets in between the pleura, like a haemothorax, a pneumothorax or an umbrellathorax. All these cause pleural effusion.

The main other pleural condition is mesothelioma, the lung cancer caused by playing around with too much asbestos.

Pulmonary oedema is not strictly speaking vascular but is usually caused by some for form vascular problem. Sort of. Shut up. Anyway, pulmonary embolisms are vascular problems and medical emergencies. If you don't diagnose somebody with one they may die, making them dead and you a bad doctor. Pulmonary hypertension is also important to know about.

Lung cancer - not really a lot else to say. This page covers (or will cover, depending on when you read it) all the stuff you need to know about the various cancers affecting the lung.