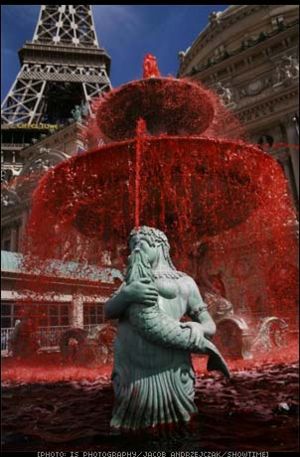 This fish is suffering from massive haematemesis which, one the one hand, is very bad news, but on the other hand, makes it very easy to do a blood test.

There are a lot of blood tests. Like, billions. We are going to tell you about the key ones.

This is common to do. It's pretty much your standard. Especially important to do in infection, heart problems, surgery and anaemia.

There are a variety of tests they do, such a Prothrombin Time (PT) and Partial Thromboplastin Time (PTT). They are generally used to test people before surgery, to test the effectiveness of anticoagulation or to isolate weird bleeding disorders, such as Haemophilia and von Willibrand's disease.

Generally used to assess the workings of the kidney, and to check that electrolytes are in balance, and the patient isn't gonna drop dead.

Essentially, these are used in a variety of different tests to confirm and inflammatory process has taken place. This can occur in infection but frankly, anything that makes you signficantly ill, or causes any inflammatory response can cause a rise in both of these tests.

CRP is more acute, whereas ESR remains high for weeks after an event. So CRP is more useful as a guide to what kind of effect treatment is having. Since both are not very specific, they are rarely used on their own, but in combination with other measures.